RxJava has became a critical component of huge amount of modern apps, we use it for everything: networking and other io, business logic, calculations and so on. 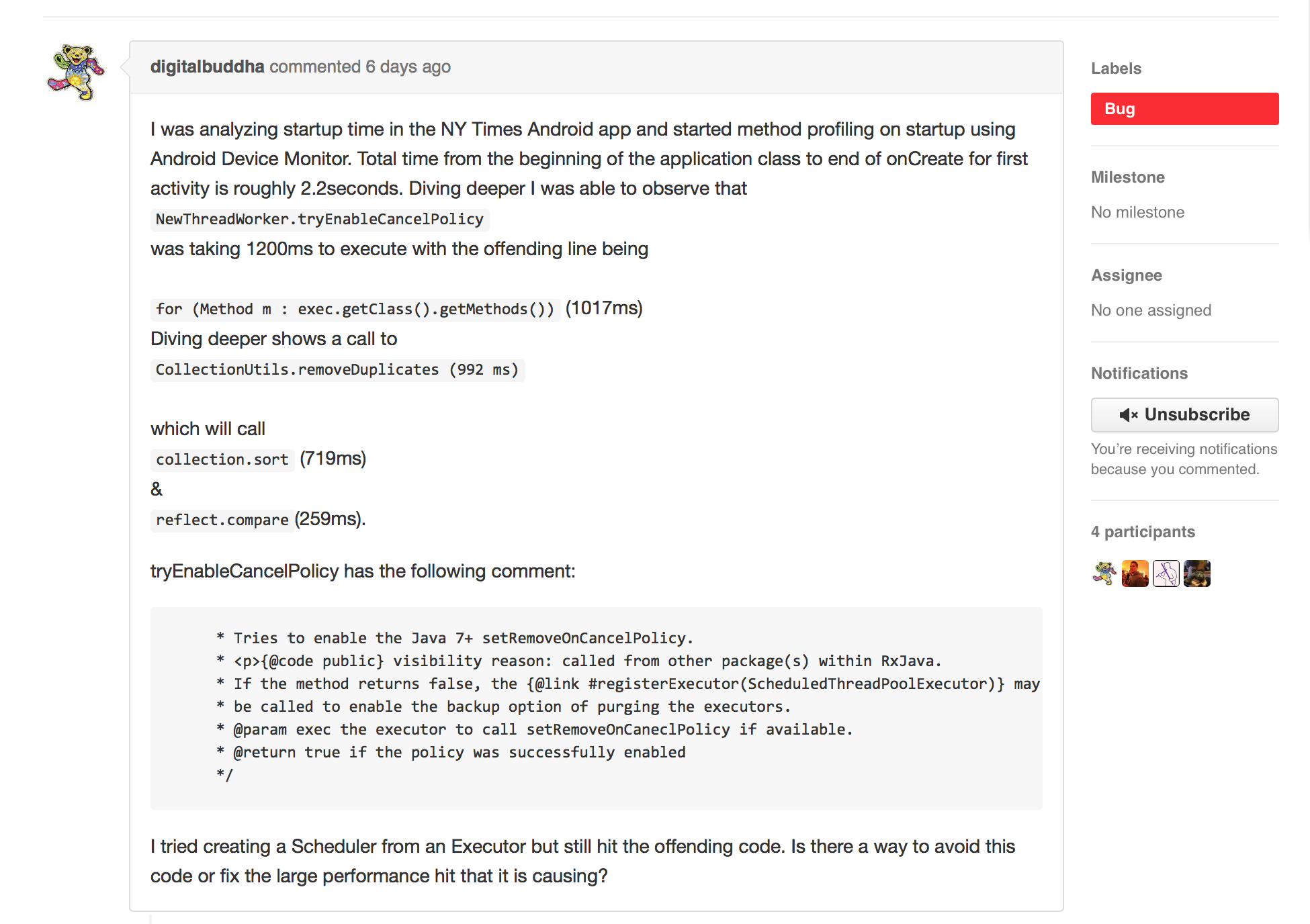 So, to keep myself calm and continue using RxJava without worries, I decided to make full code review of RxJava sources, understand it better, create issues and PRs if I find something suspicious and share some results with you to save your time.

Some diagrams and graphics:

Number of classes by package 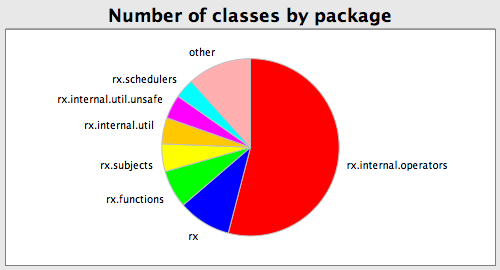 Lines of code by package 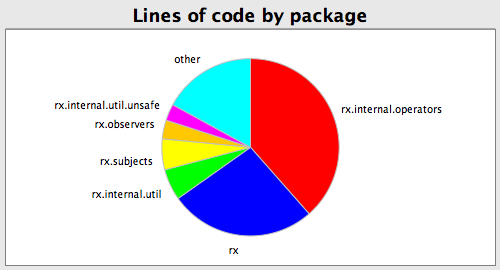 Also, one of the main RxJava developers — @akarnokd David Karnok (definitely follow him in Twitter and read his blog about RxJava internals!) showed interest in improving code coverage in the project and his last PRs make situation better, that's great.